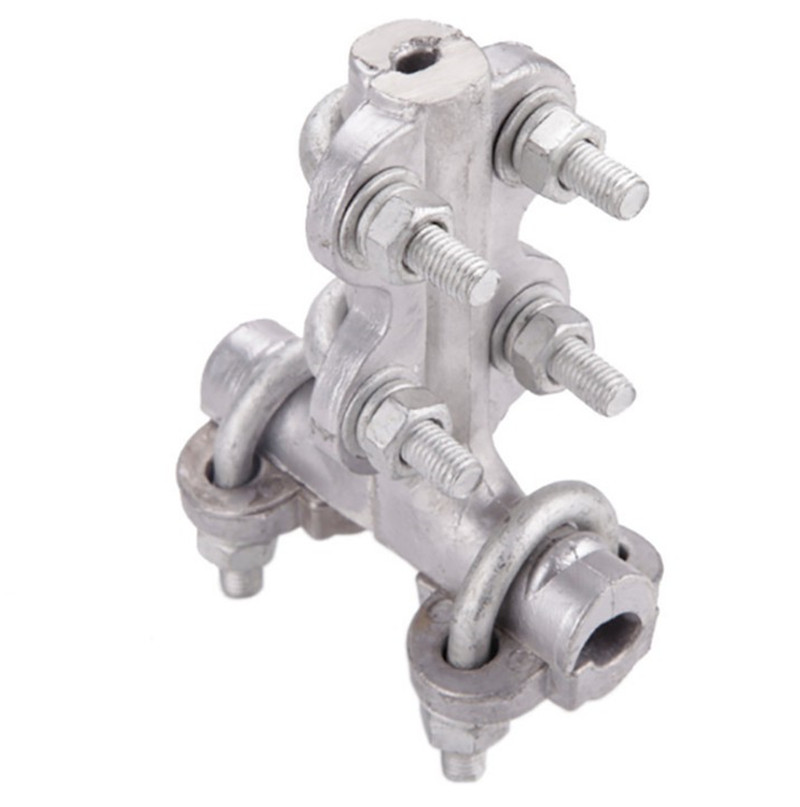 Bolt type conductor T-clamp refers to the hardware that connects the conductor and branch line to transmit electrical load and bear certain mechanical load. [3] High voltage transmission line is the channel connecting substation and transmitting power. It is an important part of power grid. In the design of transmission line, we will see the connection mode of line T-connection. T-connection line is the connection of lines at different spatial levels at the intersection of two lines with the same voltage level. Substation a supplies power to substations B and C at the same time. The advantage is to reduce investment and use less one substation interval, This way of connecting another line from the main line is vividly called "t" connection mode, and this connection point is called "t contact".

According to the main properties and uses of gold fittings, they can be roughly divided into the following categories

2) anchoring tools, also known as fastening tools or wire clamp.  This kind of metal is mainly used for fastening the terminal of wire, so that it is fixed on the insulator string of wire resistance, and also used for fixing the terminal of lightning conductor and anchoring the cable.  Anchoring fittings bear all the tension of wire and lightning conductor, and some anchoring fittings become conductive body