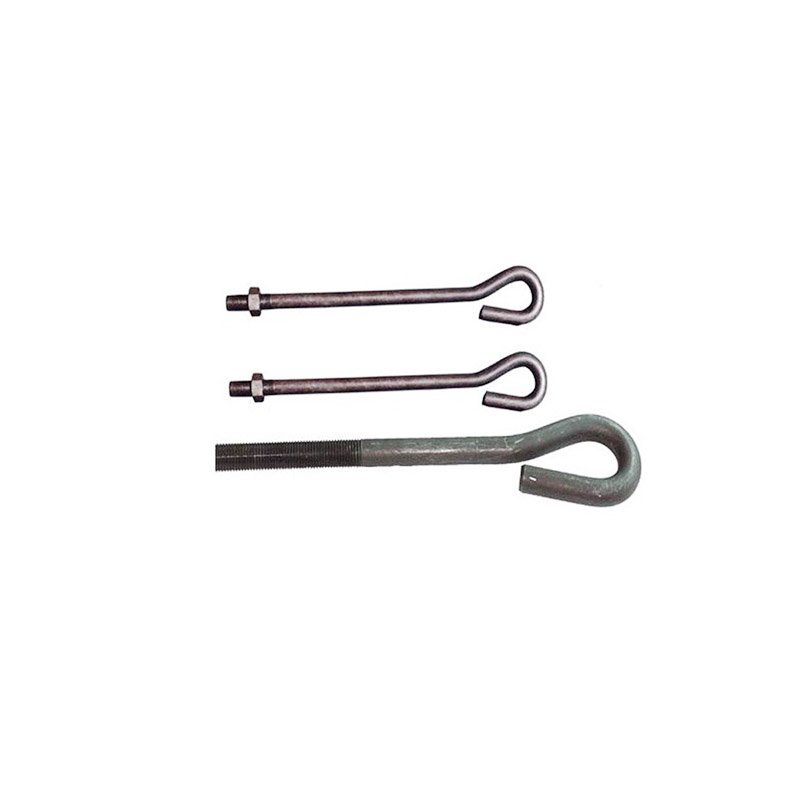 When the mechanical components are installed on the concrete foundation, the J-shaped and L-shaped ends of the bolts are embedded in the concrete.

Anchor bolts are generally made of Q235 steel, which is smooth and round. Rebar (Q345) has high strength, and it is not easy to make the screw thread of nut smooth and round. For smooth round anchor bolts, the buried depth is generally 25 times its diameter, and then make a 90 degree hook with a length of about 120mm. If the bolt diameter is large (e.g. 45mm) and the buried depth is too deep, the square plate can be welded at the bolt end, that is, a large head can be made (but there are certain requirements). The buried depth and hook are to ensure the friction between the bolt and the foundation, so as not to pull out and damage the bolt.

Purpose: 1. Fixed anchor bolt, also known as short anchor bolt, is poured together with the foundation to fix equipment without strong vibration and impact.

4. Bonding anchor bolt is a kind of anchor bolt commonly used in recent years. Its method and requirements are the same as those of anchor anchor bolt. However, during bonding, pay attention to blow away the sundries in the hole and avoid moisture.